Don’t be alarmed when your first comment does not appear immediately. The blog is configured to require approval the first time someone comments. After that

, it should post immediately, unless it somehow gets spam filtered.

It’s Not Frugal If You Don’t Use It

Being frugal isn’t an absolute, but is conditional. For instance, if you use a coupon to save 25 cents on a name brand item that costs 50 cents less every day in the store brand, is it really frugal to do that rather than simply buy the store brand?

But what if the store brand of that particular item is just awful, as is sometimes the case, so what if nobody in the house will eat or use it? You save 50 cents, or 25 with the red herring coupon, then you throw the product away, or throw part of it away, or you suck it up and don’t throw it away, but nobody’s happy choking it down.

I learned when I was still a kid, probably more like a teen, that there were things you Just Didn’t Buy. I witnessed my mother buy things we wouldn’t use, but boy it was cheap. It struck me as a horrible, wasteful thing, anti-thrifty.

The same applies to stocking up, buying in bulk, preserving, then not using all of it for whatever reason. Perhaps not getting it all eaten, frozen or preserved in time. Perhaps poor resource management, so the old food isn’t rotated so older is used sooner and newer is used later. Which also touches on the idea that being frugal can involve time and work, and time can mean opportunity cost, but that’s another post.

If you can buy the large container that’s three times the size of the small container but only twice the cost, but it spoils in the time it takes you to use a third of it, you’ve used a small container worth at twice the cost. That’s not frugal. And that may not be obvious at first, and may be something you have to learn.

Same thing with brand preferences. You can’t know that a store brand is worth it, or not, or which brand is better for the price, or which brand you’re willing to settle on for the sheer savings, without having tried them.

There are things I have strong brand preferences for, like Heinz ketchup. Sure, I can eat other brands, but for me it’s the difference between eating ketchup and eating… something that isn’t really ketchup. This doesn’t always apply to name brands. I prefer Hannaford’s private label refried beans, but none of the brands are horrible, at least until you get into the variants that try to eliminate the fat content. That becomes a calculus of preference, cost, and convenience. The convenience factor is, again, another post.

I’ve sometimes fallen into the wholesale club trap. That is, it’s a good price… in a specific brand and a large size. I’ve thrown out a lot of warehouse club food that didn’t get used before it spoiled or became boring. I’ve seen it be less per unit, if you were actually paying attention, for a smaller quantity elsewhere of another or maybe even the same brand. Before I became too broke for a club membership and that kind of bulk shopping, I became very careful what I bought there versus Walmart versus a supermarket. And there’s another other post… discussion of what venues I am dealing with as I write, for comparison with yours and the fact that your mileage may vary.

I need to do a comprehensive post or series of posts about my cake experiments. I have one recipe that works for cake that is eggless and free of dairy. The trick to finding that kind of recipe easily, if you have that pair of allergies, is to search for vegan and whatever type of recipe. Discovered that when I was doing clunky searches for no egg and dairy free or whatever. No need to be a vegan yourself, and you can ignore some of the finer points like making sure every ingredient complies strictly, but that community has done a ton of crossover work applicable to egg and milk allergies.

, and recently perfected a yellow/vanilla cake variant of what started out as a chocolate cake recipe. I have the hardest time getting the chocolate version to come out great, but my son loves that flavor and can’t eat most chocolate. You know… milk chocolate.

I have also made versions with mango-peach applesauce and dried apricots, pumpkin (much better than my efforts to get a no-egg pumpkin bread to work without being too moist), mocha (in theory), and, very successfully, strawberry for my daughter’s fourth birthday. Sometimes I haven’t exactly measured the changes I’ve made, but it’s easy to take the concepts and extrapolate.

I know, I’m being a tease, but I’d also like to collect up the relevant pictures before I post it for real. Stay tuned Real Soon Now…

I love how this theme looks, and it’s easier to use one off the shelf than to modify extensively, but it’s driving me crazy trying to make certain changes. That is why you don’t even see the beginnings of a blogroll yet, and adding Site Meter via a sidebar widget made part of what was in the sidebar disappear. It’s very odd, there seem to be multiple sidebar parts and footer parts where one can use a widget, but part of the sidebar isn’t changed at all, other parts aren’t easy to replicate, and the footer sections advertised don’t seem to work at all.

So, in short, still working on it. And tossing around multiple post ideas, trying not to spew them forth too rapidly, at the same time, hello, should post something to get momentum rolling.

I am about to attempt to import content from The Married Guy Cook to here.  If it works, I’ll tweak from there, deleting some of the posts and continuing to set the new site up.  If it fails, I’ll remove it all and restore from backup to get to where I was before this post.

Update:
Looks like success! I’ve deleted some posts that were meaningless or self-referential to the old blog. All that remains after any more of that is to finish making sure internal links in posts point internally to FGC instead of MGC. Then any other tweaking that would have happened anyway, like category changes, blogroll, etc.

Once upon a time, I posted about cooking on personal blogs, and then I started a food blog named The Married Guy Cook [posts prior to this one chronologically were imported from there].  It was inspired by and a spoof on the name of a short-lived food blog by Jeff Soyer, The Single Guy Cook.  That was especially appropriate, since my cooking ability came to the fore once I was married.

Now I am not.  Married.  [Not true, exactly. Deb wished to break up, but we have never divorced or lived apart – not that we could have afforded to, and remain an intact family for all practical purposes.] Which makes the name a bit odd.  And it’s built into the domain [which I regret having subsequent failed to renew, probably since I wasn’t using it and lacked funds to keep it in the collection], so still odd even if I rename the blog itself.  Which I did, but in the midst of a blogging drought and already dreaming of this new place.

Along the way, I thought about how much I knew now could have saved me and given me a better diet when I was single.  Along the way, I hit economic disaster that made my existing frugality useful and challenged it to be more so.  Along the way, I had a child with multiple allergies.  Allergies to fundamentals, eggs and milk, and more avoidably, peanuts, bananas and now tree nuts.  Worse, early on, thankfully temporary sensitivities to substances in most foods.

When I was young, I loved watching Jeff Smith, The Frugal Gourmet.  I had to agree with my late grandfather’s remark that there was nothing frugal about much of what he cooked.  I hope to do better here, but the theme is general, not absolute.  Nor is it only about cooking.

To cut to the chase, this blog will be about frugality, something more in vogue than usual currently, and while that may relate mainly to food, that’s not about cooking as such.  Call it lifestyle as much as anything.  This blog will be about food and cooking, obviously, with an eye to frugality and making do, but not tied exclusively to it.  This blog will have a coping with allergies component.  That could perhaps be its own blog, but I decided not to be too niche about it.  Finally, with three young, variably fussy kids to feed, expect to see an element of making them happy.  At the same time, I haven’t forgotten my decades as a single person who could have saved money and eaten better, so I plan to touch on that as well.

I welcome guest recipes and ideas.  Feel free to contact me in the comments or at an address to be named later, as I set the place up in finer detail.

Finally, I expect to import material from my old blog.  Probably directly, with the possibility of reposts from the past as well.  That may look disjointed, or be dated prior to this “first post,” so please bear with me.  And by all means, if you missed it the first time, peruse away.

I invented these recently, off the top of my head, inspired by General Gao’s Chicken. Haven’t recorded it as a recipe as yet

, but I did replicate it from memory, closely enough to figure a recipe should be easy. As is winging it. Thought I’d post the picture, anyway. It’s so pretty. 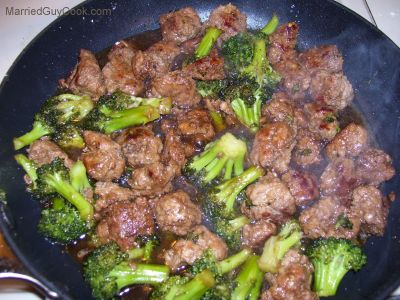 Amazingly appropriate, considering the quantity of rosemary I use.

What Herb Are You?

I can’t remember the name of the Hell’s Kitchen winner offhand, but I’d still love to dine at Louis Petrozza’s place

, and I still think he’d be cool to meet, much like Rock Harper.

I wrote elsewhere about an odd Hell’s Kitchen dream I had last night. Meant to mention it here earlier, for anyone who might be interested.